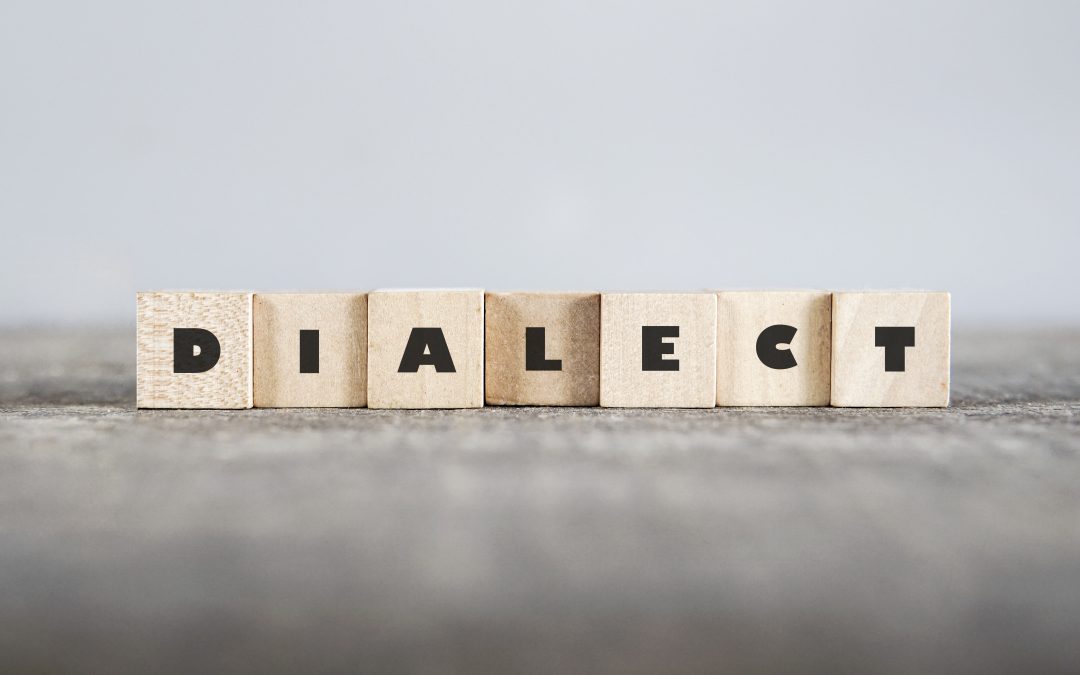 If you live and work inside the U.S., and particularly if you were born in this country, you probably don’t give much thought to the different dialects that exist within our borders. Although certain regional accents might be obvious – such as a Southern, Northeastern or Midwestern accent, for example — most of us would be unable to recognize a person’s speech patterns beyond that very basic level. But the fact is that citizens of the U.S. speak many different dialects, each of which has been influenced by the different languages brought to our shores by our ancestors — all of whom (with the exception of Native Americans) were immigrants from other countries.

Many of the Northern dialects – including New England, Hudson Valley and New York City, to name a few – were greatly influenced by original settlers to the U.S. This is particularly true in New England, where many of the original 13 colonies are located. In addition, Dutch settlers brought their influence to the Hudson Valley dialect, while German and Scandinavian immigrants influenced the Upper Midwestern dialect.

Unlike the Eastern states, the Western U.S. dialects weren’t as affected by European settlers. Instead, many of the Western dialects are influenced by Spanish and Native American languages. Among the dialects included in this category are Rocky Mountain, Pacific Southwest, Southwestern, Alaska, and Hawaii. Notably, the Pacific Northwest dialect – which also falls in this category – is the only one to be significantly impacted by European immigrants. Those include people from England, Germany, Scandinavia and Canada. The Pacific Northwest dialect has an interesting combination of influences from these countries, as well as from many of the Native American tribes from this region.

Some of the dialects that fall into this category include North Midland, Pennsylvania German-English, Ozark, Southern Appalachian, and Smoky Mountain English, to name a few. Languages that influence these manners of speaking include Scotch-Irish, German, English Quaker and Dutch. Many of these dialects have taken on interesting characteristics over the years, resulting in some very unique and colorful ways of speaking – many of which are somewhat challenging to understand for an outsider.

Southern dialects include those spoken in what were considered Confederate states during the U.S. Civil War. This region, rich in history and its own unique culture, produces some of the most easily recognizable of all U.S. dialects. In addition to being influenced by dialects of Northerners who settled in the South prior to the Civil War, Southern dialects are greatly influenced by the French language (remember that the western portion of the Confederate state region was once French territory) as well as African languages brought by slaves. Included in this broader category are dialects such as Virginia Piedmont, Coastal Southern, South Florida, Gulf Southern, and Louisiana, to name a few.

The diversity of dialects that exist within the U.S. is a reflection of the origins of our country. We are, after all, a nation of immigrants. So it should come as no surprise that the dialects we speak are influenced by those early settlers, as well as by the slaves who were brought to this country against their will. Today, our dialects continue to evolve, now influenced not only by early settlers to this nation, but also by our new immigrants. In fact, if we revisit this topic in another 20 years or so, chances are we will be making significant additions to our list of influential languages as the “melting pot” of U.S. dialects continues to add new ingredients each and every year.