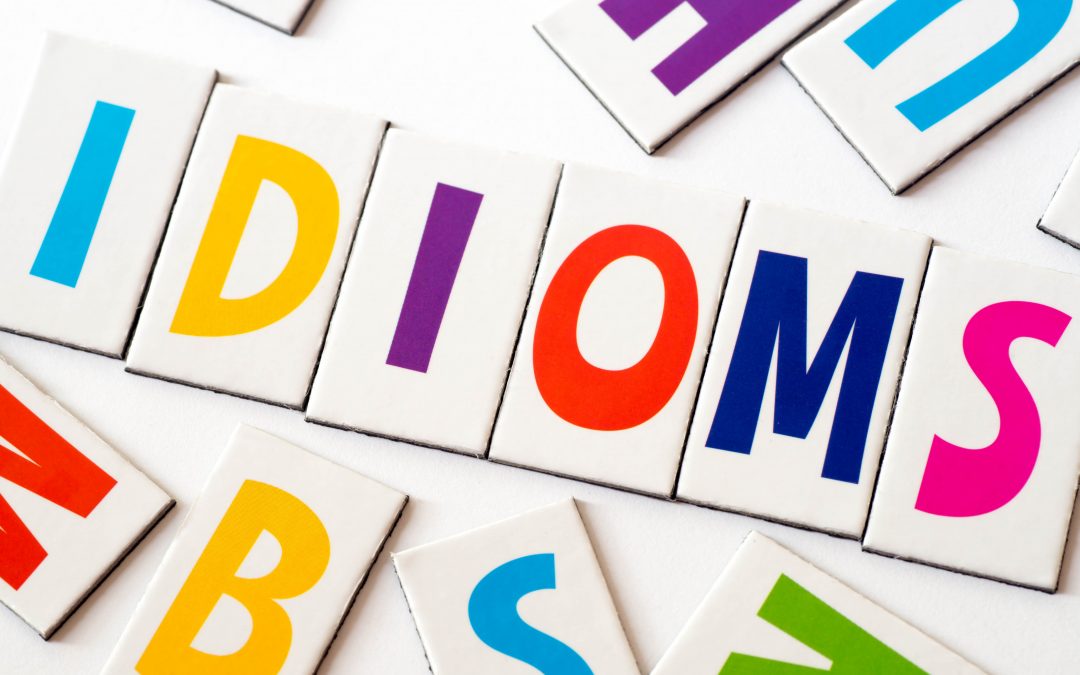 Although you may not be aware of it, you probably use idioms almost every day. Put simply, an idiom is a commonly used phrase that explains something figuratively rather than literally. For example, if you do something very infrequently, you might say that you do it “once in a blue moon.” Of if you find something annoying you might say that it’s “driving me up a wall.” These are idioms, and they’re quite common in the English language. But what may be surprising is how many of these phrases originated in another language. Here are a few examples of popular translated phrases and where they came from:

This popular idiom is used to wish an actor good luck in a stage performance. While it may sound like an odd way to wish luck upon someone, it all stems from the belief in popular folklore that it’s actually bad luck to wish your friends good luck. So, instead – in an odd sort of reverse psychology – you should wish your friends bad luck in order to bring them good fortune. Originally, this idiom was translated from the German phrase meaning “a broken neck and a broken leg,” which is thought to have first become popular in the early 1900s.

A pot calling the kettle black!

If you want to point out that your friend is accusing someone else of something he (or she) is guilty of, you might say that it’s an example of “a pot calling the kettle black.” This phrase actually originated in 1600s Spanish literature, specifically in Don Quixote by Miguel de Cervantes. During this time period, both kettles and pots were made of cast iron, and because they would both be used to cook with over an open fire, they would both get covered with black soot.

This popular expression is used to indicate that someone is placing the blame elsewhere. The saying actually originated in ancient Japan, where deer were thought to be messengers from heaven. In fact, centuries ago people could actually be put to death for killing one of these sacred creatures. Since the penalty was so strictly enforced, anyone who wanted to frame someone else would place a deer on their doorstep overnight – something which was, apparently, surprisingly common. So if you found a deer on your doorstep when you awoke in the morning, you would move the deer to a neighbor’s doorstep to protect yourself. You would, literally, “pass the buck.”

This popular idiom, used to indicate that someone is leaking a secret, has its origins in Ancient Greece. During that time, people would cast votes by using beans – placing either a white or black/brown bean in a vase. White beans meant a “yes” vote, while dark-colored beans meant a “no” vote. When someone “spilled the beans,” the outcome of the secret election would be revealed early.

Mad as a hatter!

These are only a few examples of the fascinating origins of translated phrases and idioms. It’s easy to see why linguists and other students of language find their subject so fascinating! The next time you use an idiom, you might take a moment to consider its origin. More times than not, it will be from an entirely different time and place.