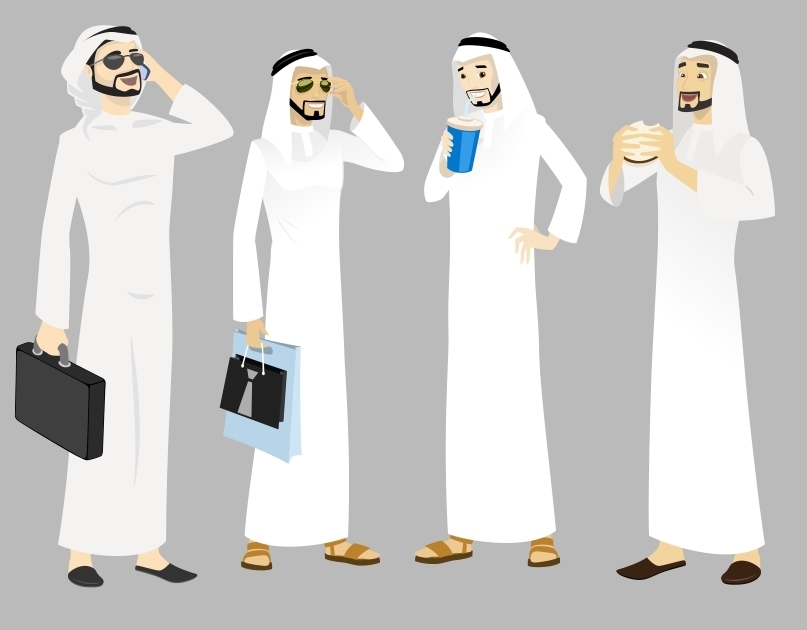 If you’re preparing to do business in the Middle East, one of the first crucial steps in that process is to determine which languages are spoken in the countries you’ll be working in. The region is huge, consisting of 22 nations and about 246 million residents. In an area this vast, one can assume that there would be a variety of languages spoken by the people who live there. But the languages most commonly used in business transactions in the Middle East aren’t always obvious. In fact, some may surprise you. Here is a list of languages typically used in Middle East commerce.

No surprise here. One of the most widely spoken languages throughout much of the Middle East, Arabic is spoken in several countries, including Saudi Arabia, Egypt, Iraq, Lebanon, Syria, Jordan, Palestine others.  In fact, Arabic is actually the official language of 22 countries. Although not typically used in day-to-day conversation, Modern Standard Arabic (MSA) is commonly taught in universities and used in legal documents, business contracts, news broadcasts, speeches, books, and newspapers.

Over 100 million people in the Middle East speak Persian. Although Iran is the only country to claim Persian as its official language, it is also spoken in several countries that border Iran. The more traditional Classical Persian has been replaced in the past few years with Contemporary Persian, which has been heavily influenced by other languages such as French and Russian.

Although primarily spoken in Turkey, the Turkish language is spoken in a variety of countries throughout the region, due in large part to the Turks that reside there. In fact, Turkish is the third most commonly spoken language in all of the Middle East. A modern form is the official language of Turkey, but it’s entirely possible to encounter Turkish-speaking people in a variety of countries throughout the Middle East.

While it’s true that Hebrew is the official language of Israel, don’t be surprised to find people speaking Modern Hebrew scattered throughout the entire region. While there are other dialects that are typically used in day-to-day conversation, and Ancient Hebrew is still used primarily for religious ceremonies, Modern Hebrew is most common.

If you’re surprised that Russian is a commonly spoken language in the Middle East, you shouldn’t be. While the language isn’t native to this region of the world, it has become increasingly common due to Zionist immigration that has taken place over many decades. Today, you’re most likely to find Russian speakers in Israel and Syria (due to military ties with that nation).

If you’re feeling a little intimidated by the prospect of trying to communicate clearly during your business dealings in the Middle East, we have good news – English is commonly spoken in several countries throughout the region. Those include the United Arab Emirates, Israel, Egypt, and Iraq, to name just a few. And there’s more good news: English is typically used in business transactions between Middle Eastern residents and people from other countries. Although English is probably more commonly used than you might expect, we recommend taking the steps you need to in order to communicate in those languages that are typically spoken in the region.

Another important step in your preparation to do business in the Middle East is to secure the services of one or more professional interpreters and/or translators. The best way to do that is by contacting a reputable translation company. They’ll take the time to discuss your specific needs, then match you with one or more experienced linguists who can work with you every step of the way in your business dealings. The Middle East is an exciting region of the world in which to expand your business. Just make sure to take the time upfront to know which languages are spoken and to familiarize yourself with the culture and traditions of the ancient region of the world.