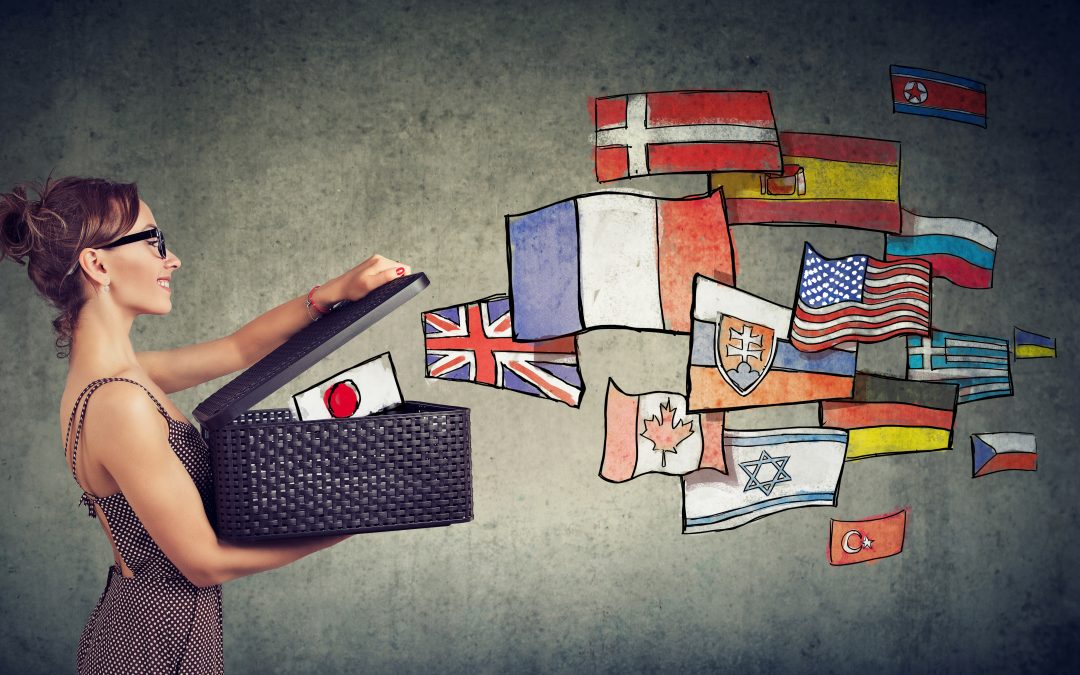 The United States has been in existence long enough now that it might be easy for some people to forget the true origins of this country. We were, in fact, a melting pot of different cultures. From the time the U.S. was founded, until this very day, people have come from all over the world in hopes of finding a better life here within our borders. They brought with them not only their cultures and customs, but also their languages. As a result, more than 350 different languages are spoken in the U.S. each and every day. And it might come as a surprise to learn that English is actually NOT the official language of the U.S. This country has never declared an official language, perhaps because our Founding Fathers never believed it was necessary.

Although English has been the language most predominantly spoken over the course of our history, there have been many others as well. In the original 13 colonies, French, German and Dutch were commonly spoken, in addition to English. Since then, immigrants from countries all over the world have brought their languages with them to the shores of this country, including Spanish-speaking countries, China, Korea, Russia, Portugal, Greece, Italy, Denmark, and a host of others.

Today, the languages spoken most often inside the U.S. include English, Spanish, Chinese, Tagalog, Vietnamese, Arabic, French, Korean, Russian, German, Haitian Creole, Hindi, Portuguese, Italian, Polish, Urdu, Japanese, Persian, Gujarati, Telugu, Bengali, Tai-Kadai, Greek, Punjabi, Tamil, Armenian, Serbo-Croatian, Hebrew, Hmong, Bantu, Khmer, and Navajo. To call this a diverse list is an understatement! And while it’s true that this partial list of languages spoken within the borders of the U.S. might indicate just how much of a melting pot this country has been and still is, speaking one’s native tongue in the U.S. has not come without risks.

Some of the darkest chapters in the history of the U.S. have involved suppression of language. Citizens of Japanese descent during World War II, Chinese Americans during the 19th century, African-Americans during the slavery years, and Native Americans throughout the course of many decades – to name just a few — were all forbidden to speak (and often severely punished for speaking) their native languages. And although this severe form of language suppression no longer openly exists on a widespread scale within the U.S., people are still discriminated against every day in this country for speaking their native language. But that doesn’t stop them.

In fact, according to a recent survey conducted by the U.S. Census Bureau, more than 20% of the population of this country speaks a language other than English in their own homes. It seems that no matter how some people would try to stop other languages from being spoken inside the U.S, we are becoming more and more diverse when it comes to the languages we speak. Of those, Spanish is by far the most commonly spoken language outside of English, with an estimated 13.3 percent of the population speaking it, followed by Chinese and Tagalog.

The evolution of foreign languages inside the U.S. has been fraught with controversy. And yet, the diversity of languages spoken inside the U.S. continues to prove that we are still, in fact, the melting pot of people and cultures that we have always been.