The History of Translation Part 5: The Industrial Revolution through Modern Times 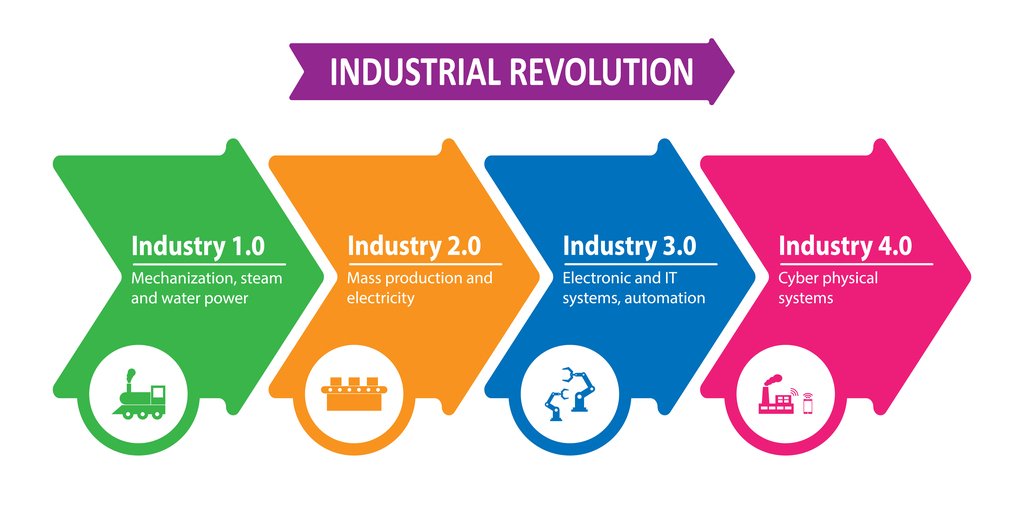 One of the most significant periods of development in human industry is, without a doubt, the Industrial Revolution. During these years – from roughly 1760 to 1840 – the world changed. What was once a primarily agrarian society evolved into one that was dominated by manufacturing and industry. Although this “revolution” started in Britain, it quickly spread throughout the world. The most notable advances included an increased number of people moving from rural agricultural areas to cities, where most found work in newly formed factories. Those factories were busily producing goods for the masses, and doing so with increased efficiency and at lower costs. Modes of transportation were changing at the same time. People from all walks of life were able to travel further and faster than ever before, thanks to steam-powered railways and ocean liners. And, of course, the number of industrial and scientific discoveries made during the Industrial Revolution changed our understanding of reality in a myriad of ways. Just as the rest of the world was rapidly evolving during this era, so did the language arts.

Translations completed during these years placed a great deal of importance and accuracy on remaining as true as possible to the original text, although the strict societal norms of the Victorian Era did result in some restraint on the part of authors as well as translators. And although there were several male scholars of the day that proposed a variety of theories related to translation (most notably Friedrich Schleiermacher of Germany and Chinese translator/scholar Yan Fu), somewhat surprisingly, two of the most prolific translators of the day were both women. Julia Evelina Smith, an American feminist from Connecticut, translated text from Latin, Hebrew and Greek into English. She completed her own translation of the Bible in 1855, which was later published in 1876. English writer Sarah Austin translated German and French texts into English, and her list of translated works is impressive. At one point she wrote about her approach to translation by noting, “It has been my invariable practice, as soon as I have engaged to translate a work, to write to the author to it, announcing my intention, and adding that if he has any correction, omission, or addition to make, he might depend on my paying attention to his suggestions.” It is worth noting that this approach to translation remains as a regular practice for translators to this day.

What most historians refer to as “modern times” starts at the end of the Industrial Revolution and continues through today. Beginning in the 20th century, translation became – both in theory and in practice – an art form in its own right, particularly with regard to literary translations. Most notably, Jorge Luis Borges of Argentina (author and translator of works by Walt Whitman, Edgar Allen Poe, William Faulkner and many others), believed that the best literary translators were interpreters of the original work, and that a translation that strayed somewhat from the original text was entirely acceptable and often even preferable. By the middle of the 20th century, literary translation and interpretation was widely viewed as a separate discipline from the more stringent, literal interpretations reserved for scientific and academic texts.

Modern translators have taken this notion a step further. Today’s linguists not only focus their efforts in the specific languages in which they are fluent; they also specialize in certain fields of study and/or industry. Many of the philosophies put forth by translators throughout history are still held true today, while others have been replaced by contemporary practices that are more applicable to our modern world. The fact remains that throughout history, language was– and is – crucial to the development of society and culture. As is always the case, understanding our history is vital in appreciating the present and anticipating the future. When it comes to the language arts, we have no doubt that it will continue to play a vital role in everything humanity accomplishes throughout the years to come.