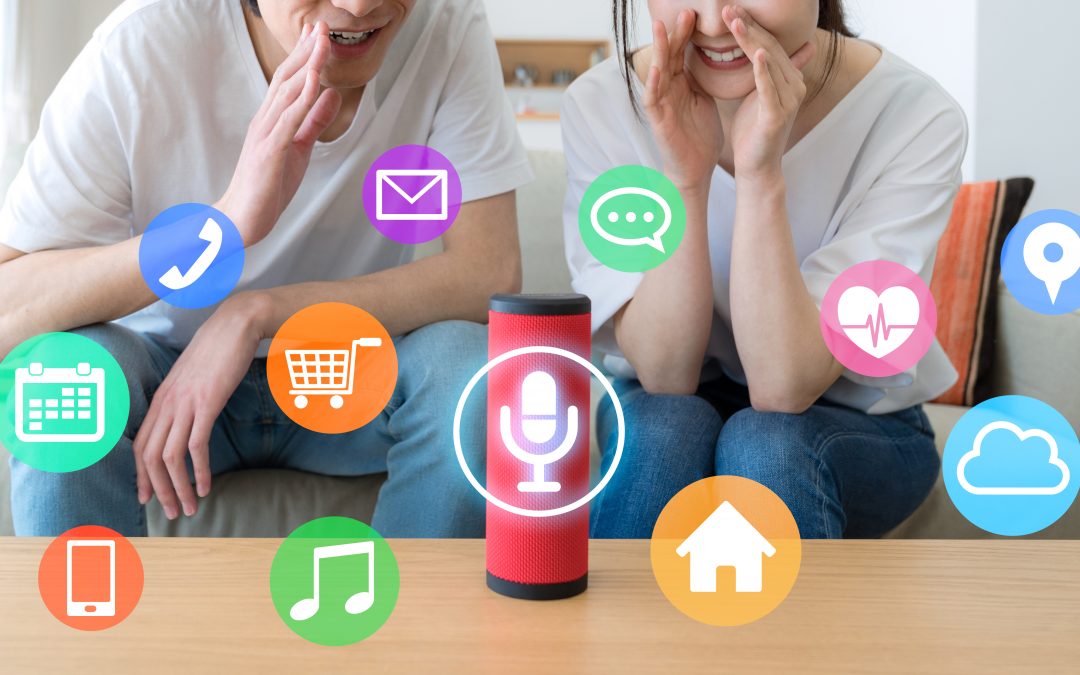 Over the past several years, smart speakers have become increasingly popular in the U.S. These wireless speakers are one of the most recent advancements in AI (artificial intelligence) technology. They respond to voice commands and are capable of a myriad of functions, from conducting Internet searches to playing a song or playlist, to checking the weather report, to creating a to-do list, to controlling a variety of home devices, and much more, depending on which model of smart speaker you own and how “smart” your home is set up to be. Recent research has shown that over 39 million people inside the U.S. now own one of these devices.

Considering the current popularity of smart speakers, it’s hard to believe that it was as recent as 2016 when the first such product was introduced: Amazon’s Echo speaker with Alexa voice control. Since that time, Google has released their own smart speaker version, along with Apple, Microsoft, and many others. Although the sales of these units will no doubt fluctuate over time, as of this writing, some of the more popular smart speakers are Amazon’s Alexa, Google’s Google Assistant, Apple’s Siri, and Microsoft’s Cortana.

While there’s no doubt that the capabilities of smart speakers are impressive, none are multilingual – at least not yet. The fact is that right now, no matter which smart speaker you purchase, it will only be able to speak one language at a time. Users can determine which language their smart speaker will use by choosing the language setting on the unit. Amazon’s Alexa, at the time of this writing, is capable of understanding only three languages: English, German and Japanese. Microsoft’s Cortana understands six different languages: English (American and British), German, Italian, Spanish, French and Mandarin Chinese. Apple’s Siri offers more extensive language capabilities that include the following: Arabic, Chinese, Danish, Dutch, English, Finnish, French, German, Hebrew, Italian, Japanese, Korean, Malay, Norwegian, Portuguese, Russian, Spanish, Swedish, Thai and Turkish. It also supports a variety of dialects for Chinese, Dutch, English, French, German, Italian and Spanish.

But thanks to Google, the language capabilities of smart speakers are about to change. Google Assistant currently understands eight languages: English, German, French, Italian, Japanese, Korean, Spanish and Brazilian Portuguese. However, by the end of 2018, Google Assistant will support over 30 languages and will become multilingual. This means that instead of the user needing to change language settings for their smart speakers, and only being able to speak one language at a time, Google Assistant will be able to switch from one language to another seamlessly – just as their multilingual users would do. That means that if a user speaks more than one language at home — or speaks one language at home and another at work, for example — the smart speaker will be able to understand and communicate in both. Google plans to provide this multilingual capability initially (by later in 2018) for English, French and German, adding more languages over time after that. By the end of the year, this smart speaker will be capable of communicating in over 30 different languages.

It’s easy to see why smart speakers have become so popular over the past couple of years. In our technological age, the ability to access needed information by simply asking a device is convenient and appealing, not to mention all the other capabilities provided by smart speakers. So it’s no wonder that the next logical step would be to produce multilingual versions of these popular devices. After all, we live in a world that is increasingly multi-ethnic and multilingual, and our artificial intelligence should reflect those qualities as well.