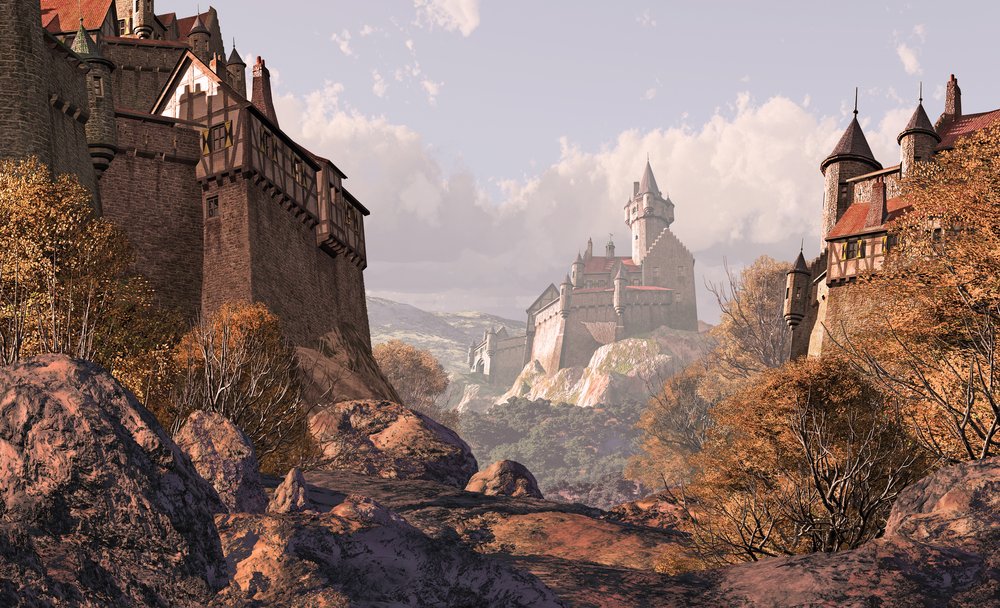 Medieval times in human history – also referred to as the “Middles Ages” – was the time period that fell roughly between the fall of the Roman Empire in 476 CE and the 14th century. But these years bear another moniker as well: the Dark Ages. There are valid reasons for that term. In the eyes of many historians, people during this age made little to no significant advancements that benefitted mankind. And, most notably, this was also the period when the “Black Death” (the bubonic plague) killed an estimated 30 percent of the population of Europe.

But the Middle Ages weren’t completely “dark.” In fact, modern historians are taking a second look at this time period with a more objective – and perhaps more generous – perspective. There is no doubt, for example, that religion flourished during this time. The Catholic Church came to prominence throughout Europe, and the rise of Islam was occurring simultaneously in the Middle East. It was there – particularly in urban centers such a Baghdad, Damascus and Cairo – that an extremely vibrant culture and intellectual society thrived.

The art of translation also made great strides during the Middle Ages. Thanks to Alfred the Great (the king of England during the 9th century), The Consolation of Philosophy by Boethius and Ecclesiastical History by Bede were translated from Latin to English – a major feat that would have a great impact on the overall advancement of English prose during this time period. Later, during the 12th and 13th centuries, the Toledo School of Translators (“Escuela de Traductores de Toledo”) worked on a wide variety of translations, including religious, scientific, philosophical and medical works. The original texts were created in Arabic, Hebrew and Greek, and all were translated into Castilian – and that formed the basis for the formation of the Spanish language. Also during the 13th century, English linguist Roger Bacon postulated the concept that a translator not only needed to be fully fluent in both the source and target languages of the work being translated, but also that a translator should be fully versed in the topic of the work to be translated – a tenet that still holds true in the language arts to this day.

One of the most notable translators during the Middle Ages was also one of the most accomplished authors and poets – Geoffrey Chaucer. In fact, those historians who still maintain that the Dark Ages produced little to no significant contributions to mankind might do well to remember the works of Chaucer. In a lifetime that spanned some 60 years (from the 1340s until 1400), Chaucer earned the reputation as the “father of English literature.” But that description only scratched the surface of Chaucer’s accomplishments. He was also a noted astronomer and philosopher, as well as a diplomat, bureaucrat and parliament member. Chaucer’s contributions to the language arts were no less significant; his use of Middle English (as opposed to Latin or French, which were the two most commonly used languages of the day) quite literally brought English into mainstream usage, as did his translations of numerous works from Italian, French and Latin into English.

It can truly be said that medieval times have been given somewhat of a bad rap by historians over the centuries. And while there’s no doubt that the accomplishments of linguists and others during the Middle Ages can’t come close to comparing with those of the Renaissance or later time periods, the contributions made during the “Dark Ages” should not be overlooked. In fact, from a linguistic point of view, this was an extremely crucial time period. Not only were the basic principles of translation developed during the Middle Ages, but English itself began to take shape as a language of import for future years.