Why English is the Language of Air Traffic Controllers 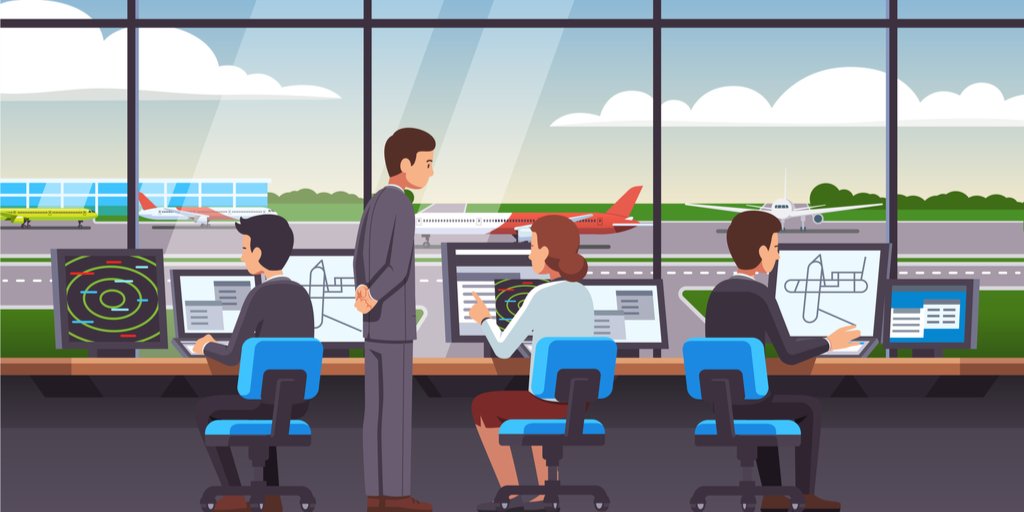 Whether you do it only occasionally for vacation or travel every week for business, flying is something that almost all of us engage in. When we fly, our personal safety and the safety of other people on the plane is always of paramount importance. That is precisely why pilots and air traffic controllers speak one common language worldwide – English.

It makes perfect sense that pilots and controllers throughout the world speak the same language. Just imagine what would happen if they all tried to communicate in their native tongues – chaos! Early aviation professionals recognized this fact many years ago, which is why in 1951 the International Civil Aviation Organization (ICAO) named English as the single language to be used by pilots and air traffic controllers. The reason why English was chosen probably had to do with the fact that English-speaking countries dominated the skies at that time, although the need to establish one commonly used aviation language – whether English or any other one – was obvious. If pilots and air traffic controllers are unable to communicate clearly back and forth, the end result could be catastrophic. Of course, that doesn’t mean that pilots and tower personnel only speak English; in fact, it’s common for pilots, flight attendants and air traffic controllers to carry on casual conversation in other languages. But when it comes to direct communication regarding take-off, landing and flight instructions, English is the mainstay.

But the English spoken by aviation professionals is a far cry from the English we all speak in our day-to-day lives. It’s so different, in fact, that even the most literate native English speaker would have a difficult time understanding it without substantial training. This distinct language of the sky is called Aviation English or “The Script,” and it is a unique language that includes a specialized alphabet and vocabulary consisting of about 300 aviation terms. Various combinations of these words and phrases are designed to allow pilots and air traffic controllers to safely maneuver flights and deal with any situation that may arise. Aviators must not only learn the words and phrases of The Script; they even need to learn exact pronunciation of letters, words and numbers to ensure that they are clearly understood by others. When the ICAO created the specialized alphabet for The Script – the formal name of which is the International Radiotelephony Spelling Alphabet – they did so to ensure that letters and numbers are clearly pronounced and understood by both pilots and air traffic controllers. So, for example, the number of a pilot’s aircraft might be “FT LYN” – or Foxtrot Tango Lima Yankee November.

In order to ensure the ability of pilots and air traffic controllers to utilize The Script, the ICAO has developed a proficiency scale ranging from 1 to 6. The ranking of each individual is based on criteria that include vocabulary, fluency, pronunciation, comprehension, interaction and structure.  Professional pilots need to achieve a Level 4 on the ICAO’s proficiency scale in order to apply their trade. That means if you fly on a commercial airline, you can rest assured that your pilot has achieved this Level 4 proficiency at a minimum.

The Script is yet another example of the important role that language plays in our daily lives. In this case, although the language of the skies has a basis in English, the details of it are much different than the conversational English we all use on a regular basis. As members of the flying public, we should be thankful for the foresight of the ICAO in developing the implementing Aviation English. There’s no doubt that our skies are immeasurably safer because of this unique language.